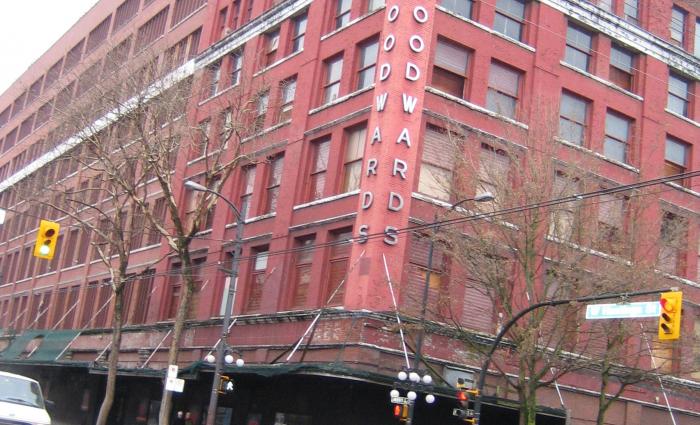 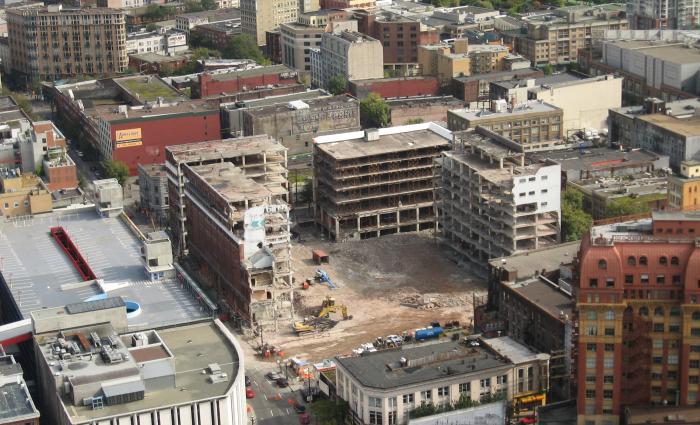 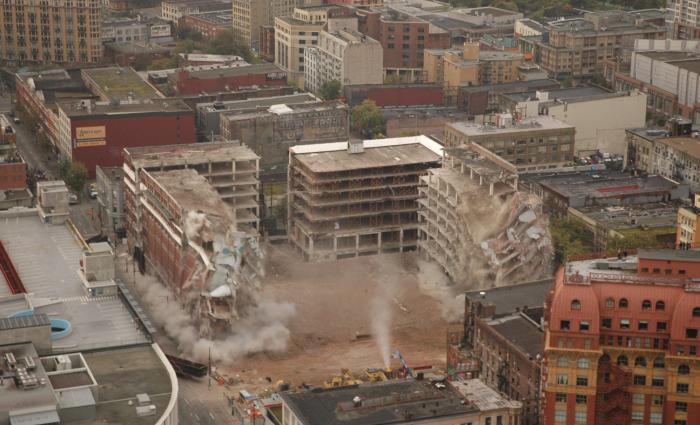 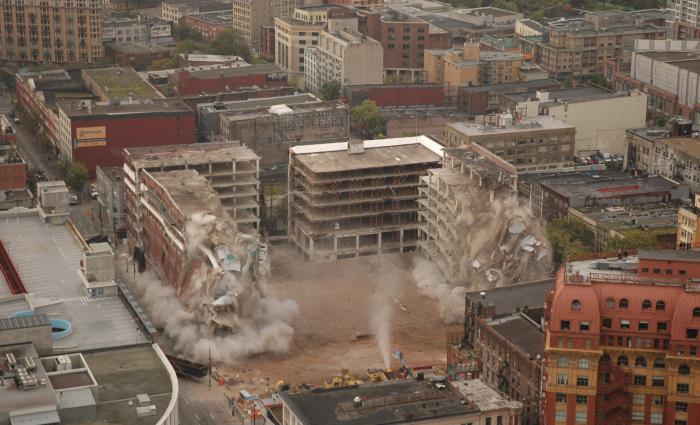 The Woodward Building at the corner of Hastings and Abbott Streets in Vancouver has been a historical landmark since its construction in 1903. The most noticeable feature that graced the skyline was a large revolving ‘W’ sign. The Woodward’s Department Store was the center of Vancouver’s retail district for many years and was the premiere shopping destination. The building expanded to handle warehousing and head office requirements and remained active until the Woodward Company filed for bankruptcy in 1993. The building sat vacant until 2006, when Pacific Blasting and Demolition Ltd. was contracted by ITC Construction to demolish most of the buildings, while maintaining the original 1903 wood structure. The site would be prepared for a new development that would restore the Woodward’s name and heritage, and revitalize the downtown eastside.

The famous revolving ‘W’ was also to be saved and be placed back on the new building. The ‘W’ sign was craned off the building, and the building was prepared for demolition’s greatest spectacle – Controlled Explosive Demolition. Extensive shoring was completed in the wood structure, and parts of the building were demolished conventionally to clear the way for the implosion. 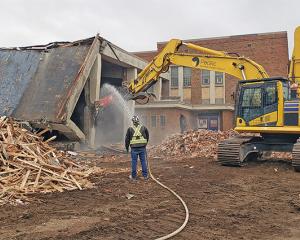 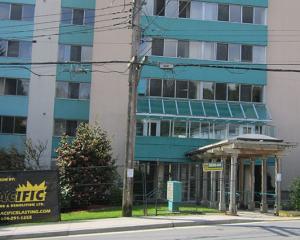